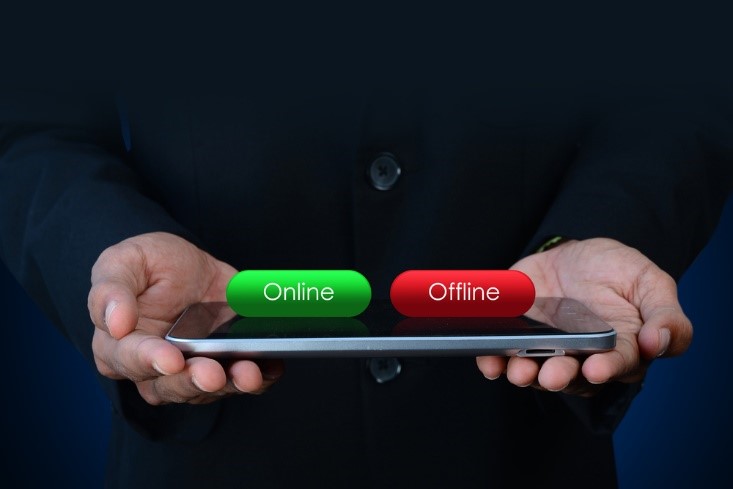 Even though a lot of marketing seems to revolve around online advertising, there are huge opportunities in the offline domain.

Digital marketing isn’t going anywhere, but we are witnessing a bit of a shift. Ad spends on print, radio, and television are all rising, while the cost of advertising on Facebook is increasing despite consumers spending less time there.

What this means is that marketers will have to look for more efficient ways to create awareness of their brands, even if that means venturing away from online marketing, even slightly. New methods of combining offline and voice marketing are becoming more viable as marketers seek any advantage they can find to generate more visibility and engagement for their brands.

It might surprise some people to hear that many consumers still watch television and don’t get all of their video media from streaming sources like Netflix, Hulu, and YouTube. Nielsen reports that the average American spends over four hours per day watching live television and only 36 minutes per day watching shows on a DVR. Americans also spend almost two hours daily listening to broadcast radio.

In fact, Americans spend more time on average with broadcast TV and radio than they do with media on all internet-connected devices, including smartphones, tablets, and computers.

These numbers prove that there is good brand exposure to be gained through television and radio, despite their supposed downturn in popularity.

Not everyone is online

This might come as another surprise, but not everyone spends all day, every day on their phones, tablets, or computers. There is a segment of society who don’t venture online often and use offline media for almost all of their entertainment and communication.

Even younger generations have a population of people who don’t spend a whole lot of time online because of distrust, a lack of interest, or busy work schedules.

Although roughly 4.3 billion people are online, that still leaves a significant portion of the global population that does not use the internet.

Using offline techniques to reach these audiences is vital because, otherwise, you’re ignoring a segment of the population entirely.

When entering a new market, it’s essential to get your name out there as much as possible. This task isn’t always easy online because users would have to search for the service or product that you’re offering to be made aware of your presence.

When trying to reach a local market, billboards, radio spots, and television ads can work wonders because they raise awareness. These channels are excellent for funneling consumers to your online marketing campaigns.

Another good option for local marketing is a direct mail campaign. These mailings can reach tens of thousands of households in the target city, or just a few hundred carefully targeted households. This marketing collateral improves awareness of your brand, encouraging users to seek more information, and is excellent for delivering targeted offers.

A significant issue with online marketing is that it’s volatile. If you rely on search engines to carry your message to the masses, for example, an algorithm change could significantly alter your bottom line.

The gist is that Google uses a special algorithm to decide which websites will show up at the top of its search engine results. When the algorithm changes, your site can end up dropping in the rankings if it doesn’t provide what Google now wants. The same happens whenever Facebook adjusts its news-feed algorithm. Each of these changes cost countless companies thousands of online visits.

There’s also the issue of distrust when advertising on social media. Consumers are increasingly wary of what they read on Facebook and Twitter, and your advertising could get caught up in the crossfire.

Offline media doesn’t have the same volatility and therefore can be more predictable in its reach.

While offline marketing has a place in the digital world, combining it with online advertising is one way to attain the best possible results. As more consumers are drawn to voice assistants, for example, bringing your offline marketing together with voice is now a cutting-edge marketing technique.

The idea is to use offline marketing methods like television, radio, and direct mail that include a Voice Activated Call to Action for a special offer from your company. The consumer then vocalizes the code into a voice-activated device and receives a text link to access the offer in the future.

Voice marketing helps busy people who see offers on their commutes or while otherwise occupied to access the information when it is more convenient. The result is a happy customer and an advertiser who receives value and feedback on every marketing campaign.

Respond Fast provides the ability to combine voice and offline marketing in a way that is simple for consumers and advantageous for marketers. Contact us to start your first voice response campaign for free or for no risk, no-obligation information.

4 Ways to Reach Customers Through Their Smart Speakers
Smart speaker owners want to hear from their favorite brands, but you'll have to get creative to reach them. The smart speaker industry is growing exponentially. TechCrunch reports that 146.9 million devices were sold globally in 2019, which is up 70% from the previous year.
How Domino’s Pizza Changed the Way Consumers Order Food
Domino's Pizza allows customers to place hands-free orders via voice technology, revolutionizing the food-delivery industry. While Domino's is a well-known pizza brand, it's hardly the most exciting dining option out there.
Why Consumers Are Using Voice Technology
Voice technology is becoming more popular because it fits seamlessly into our busy lives, and marketers can take advantage to appeal to customers no matter where they are. More consumers are using voice technology every year.
Recent Posts
Categories
© Respond Now, LLC & Respond Fast 2022 - All Rights Reserved
Back To Top