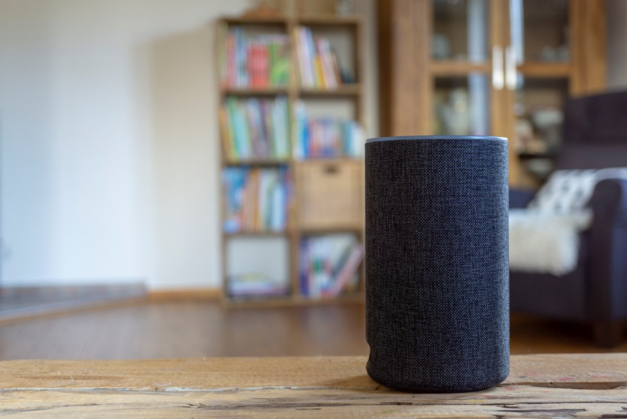 Voice technology is everywhere. If you aren’t making it a part of your business plan, you could find yourself left behind.

If you aren’t using voice technology to its full capacity, you’re missing out on a significant slice of the market.

Even though Comscore’s estimate of 50% of searches being voice searches didn’t come true by 2020, smart speaker sales are still up, and consumers are expanding how they use them. Brands that don’t plan ahead and start using voice technology to increase exposure for their business risk being left behind as more consumers make smart speakers a more significant part of everyday life.

Here’s what you need to know about voice technology and why you should make it a focus marketing tool in the coming years.

Just in case you haven’t noticed, millions of people now own smart speakers. Voice is no longer a futuristic technology we hope to utilize someday — it’s here now, and it isn’t going anywhere anytime soon.

Current estimates by research firm Canalys suggest there are about 87 million smart speakers installed in the United States alone. They are also becoming more prevalent in other countries, with over 200 million installed worldwide. There are close to 60 million devices in China, for example, which is up from just 22 million in 2018.

Even with ill-informed privacy worries that smart speakers could act as surveillance devices, sales aren’t slowing. Consumers want this technology in their homes, and as a marketer, you should turn your attention to using it to reach those individuals.

Currently, Amazon and Google are the heavy hitters in the smart speaker industry, particularly in the United States. The market is changing, however, and we’ll soon see new companies introduce their versions of this technology to the public — which will expose even more consumers to it.

New competitors could learn from the failures of Apple, which introduced HomePod in 2017 but only represents up about 5% of all smart speakers sold in the United States. Apple failed because it introduced the device at a far higher price point than its competitors while offering similar features and a lower correct answer rate.

Companies like Lenovo, LG, Mattel, and Harmon Kardon also have devices on the market right now. We could see Chinese giants like Xiaomi, Baidu, and Alibaba — which already offers the Tmall Genie — challenge Amazon by selling smart speakers at low prices soon.

In fact, Alibaba and Baidu outpaced Google in the third quarter of 2019, becoming the second and third largest smart speaker manufacturers worldwide. While most of those sales are in China, they could expand in the coming years as their names become familiar with more American users.

Voice tech is a generational thing

As a marketer, it’s essential to look for long-term trends that will change the way that the industry evolves in the coming years.

Smart speakers, and voice technology, in general, are used extensively by Millennials. eMarketer reports that over 39% are using the technology compared to 17% of Gen Xers and 10% of Baby Boomers. Older Millennials, in particular, are taking advantage of voice-activated devices; those born between 1981 and 1992 represent over 25% of all voice assistant users.

Most Millennials are now in the workforce and will be spending money for decades to come. It’s best to reach them in ways in which they’re comfortable, including through their smart speakers and other voice-activated devices.

Users don’t want to go back

Most consumers who have adopted smart speakers love these products and don’t want to go back to the days before they existed. About 65% of people who own an Amazon Echo or Google Home device can’t imagine not having one, and 42% of those people say the technology is now an essential part of their lives, according to GeoMarketing.

We’re only scratching the surface of the usefulness of these devices, however, as 68% of smart speaker owners use them to play music, while only 10% use them to shop online.

As businesses get better at integrating a voice presence as part of their multi-channel marketing strategy, we’ll see an increasing number of consumers use smart speakers to make purchases.

People have these devices and love using them, so it’s up to marketers to get creative when convincing those people to buy items directly through their smart speakers.

Be at the forefront of voice technology

One way to use voice tech to engage users in new ways is with Voice Activated Call to Action technology. This technology integrates online and offline marketing by allowing consumers to respond to direct mail, television, and radio ads through their smart speakers and voice assistants.

Leveraging voice technology in this way is groundbreaking because it brings multiple marketing channels together seamlessly with entirely trackable results.

Respond Fast is at the forefront of the Voice Activated Call to Action movement. We can assist you in putting together your first campaign for free. Contact us for more information on how you can adopt voice technology in this new and exciting way.

4 Ways to Reach Customers Through Their Smart Speakers
Smart speaker owners want to hear from their favorite brands, but you'll have to get creative to reach them. The smart speaker industry is growing exponentially. TechCrunch reports that 146.9 million devices were sold globally in 2019, which is up 70% from the previous year.
How Domino’s Pizza Changed the Way Consumers Order Food
Domino's Pizza allows customers to place hands-free orders via voice technology, revolutionizing the food-delivery industry. While Domino's is a well-known pizza brand, it's hardly the most exciting dining option out there.
Why Consumers Are Using Voice Technology
Voice technology is becoming more popular because it fits seamlessly into our busy lives, and marketers can take advantage to appeal to customers no matter where they are. More consumers are using voice technology every year.
Recent Posts
Categories
© Respond Now, LLC & Respond Fast 2023 - All Rights Reserved
Back To Top